The heroes with the passion to transform the communities 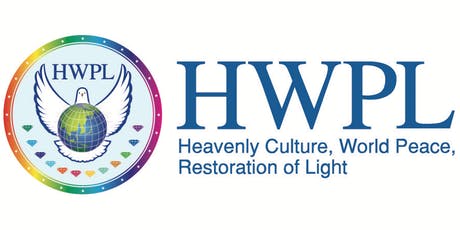 Heavenly Culture, World Peace, Restoration of Light (HWPL), an international peace organization with branches in 170 countries, was founded for global peace and cessation of war. Also, it is a non-governmental organization in Special Consultative Status with the UN Economic and Social Council (ECOSOC) and associated with the UN Department of Global Communications (DGC) and the Seoul Metropolitan Government. With the mission to achieve global peace through the heavenly culture and restore the world with light, HWPL is carrying out its peace movement around the globe, working with its partner, the International Women’s Peace Group (IWPG), and its affiliate organization, the International Peace Youth Group (IPYG). Moreover, leaders of different countries are cooperating as the HWPL Peace Advisory Council, and experts from all walks of life are active as HWPL Publicity Ambassadors.

HWPL’s peace movement will leave for future generations the greatest legacy—life instead of death and permanent peace instead of endless wars. 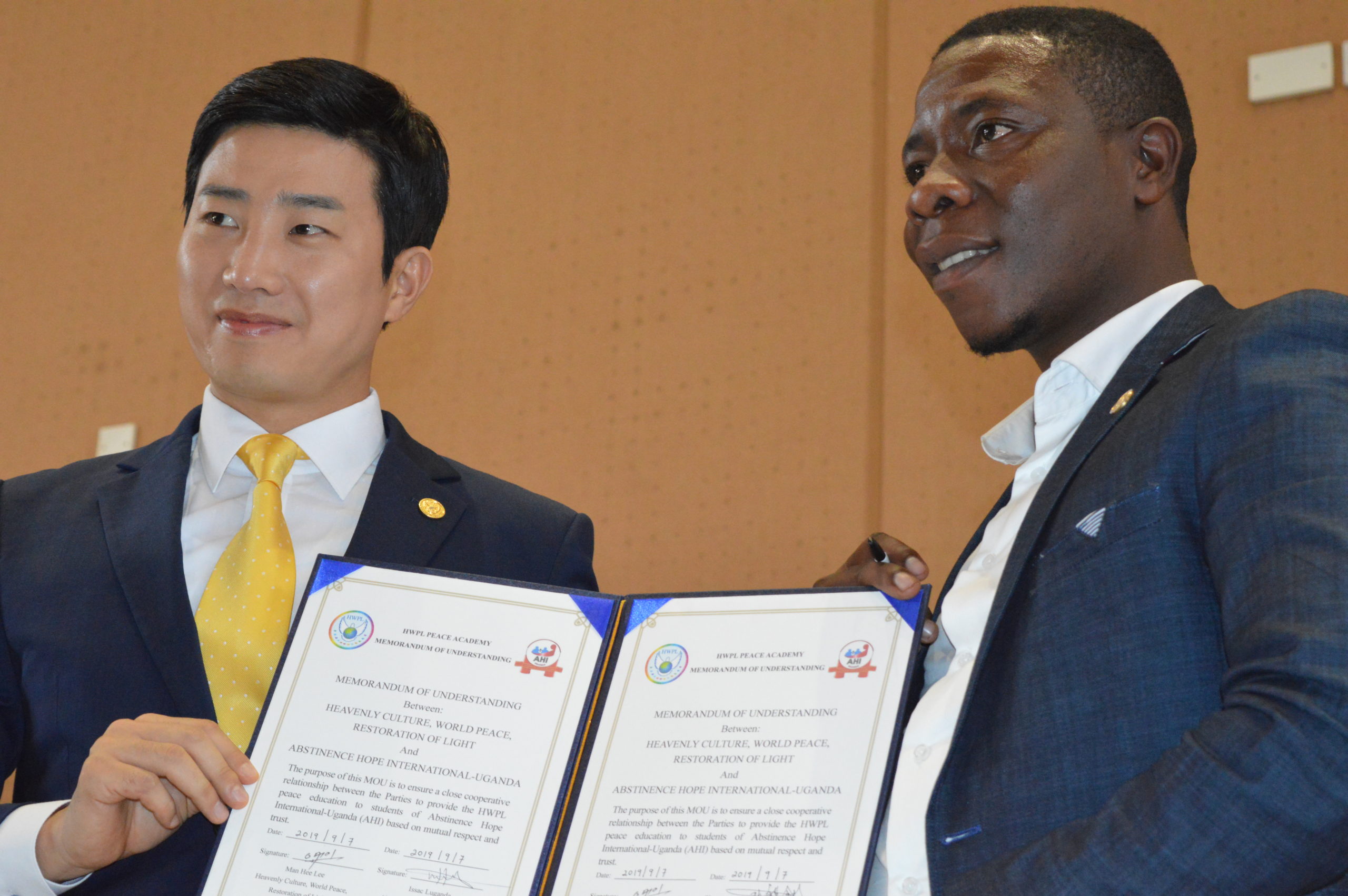 Pepea Africa Initiative is a Non-government Organization based in Uganda, and spread all over the East African countries. The organization was established in 2009, first registered as INTERGRATED COMMUNITY BASED HEALTH ORGANISATION (ICOBHO). The board is chaired by Hon Rebecca Alitwala Kadaga the Speaker of Parliament of Uganda.

In 2017, the organization was recognized by Ministry of Education in Uganda for Its tremendous and positive contribution towards improving the quality education in school, through its Spelling Bee Project that seeks to promote literacy, and integration of Education in East Africa as a region. This project has been projected is carried out on an annual basis and every at least one country joins.

Naguru Teenage Information and Health Centre (NTIHC) has worked in the field of Adolescents Sexual and Reproductive Health and Rights (ASRHR) for close to 2 decades, implementing a youth friendly responsive model of ASRHR services.
Established in 1994, NTIHC is a pioneer adolescent health program in Uganda established to provide “Youth Friendly Responsive” Adolescent Sexual and Reproductive Health and Rights (ASRHR) services and information, primarily targeting young people 10-24 years old.
The program was founded under Kampala City Council (KCC), as a small adolescent clinic by a Swedish gynecologist and Uganda volunteer midwives and social workers. 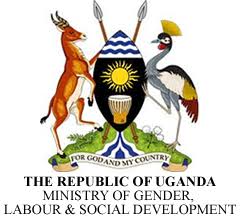 Ministry of Gender Labour and Social Development is a Government Ministry with a responsibility to empower communities in diverse areas. The Ministry promotes cultural growth, skills development and labour productivity while promoting gender equality, labour administration, social protection and transformation of communities.
This Ministry commonly call Ministry of Gender has one of its major tasks to ensure that all Ugandans enjoy better standards of living, especially the disadvantages and vulnerable groups.
The Ministry came into being by a constitutional requirement of the 1995 Constitution, Chapters 4 and 16 which mandates government to: “empower communities to harness their potential through skills development, Labour productivity and cultural growth.” The constitution advocates for protection and promotion of fundamental rights of the poor and other vulnerable groups as well as institutions of traditional or cultural leaders. 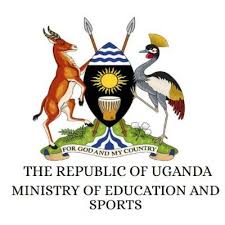 — Ministry of Education and Sports. 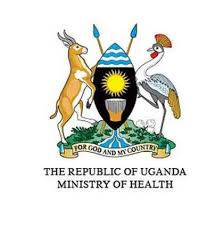 The Ministry of Health is a cabinet-level government ministry of Uganda. It is responsible for planning, delivering, and maintaining an efficient and effective healthcare delivery system, including preventive, curative, and rehabilitative services, in a humane, affordable, and sustainable manner. 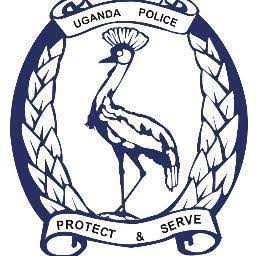 The Uganda National Police is the national police force of Uganda. The head of the force is called the Inspector General of Police. The current IGP is Martin Okoth Ochola. Ochola replaced former IGP, General Edward Kale Kayihura in March 2018.

Crimes were defined by the respective tribal community according to their agreed cultural norms and values. Punitive measures for cases of indiscipline would be determined by a council of elders. When Uganda became a British protectorate in 1894, a judicial system based on the British common law was imposed with the backing of an armed police force.

Hence, the Uganda Police Force was first established as Uganda armed constabulary in 1899 with the main aim of maintaining public order. The recruitment procedures, organisation and training were based on the Royal Irish Constabulary mode of armed policing.

“To secure life and property in a committed and professional manner in partnership with the Public, in order to promote 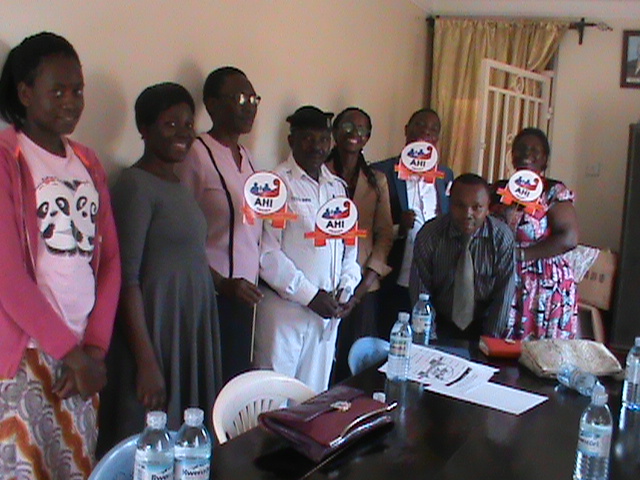 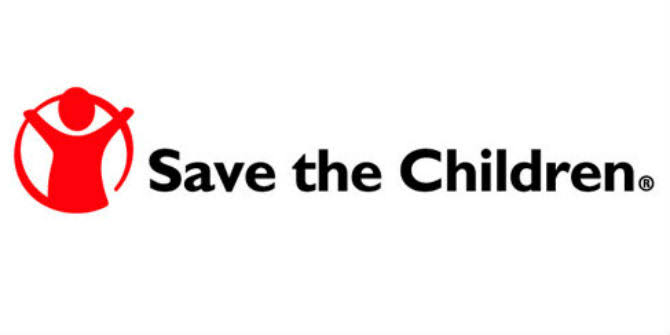 Save the Children has worked in Uganda for 60 years, since 1959. Today Save the Children works throughout the country, supporting the most vulnerable and marginalized communities. From refugees fleeing brutal wars to children in remote rural villages and pastoralist societies, Save the Children’s aim is to ensure that no child is left behind.

Their work covers four priority areas: Education; Health & Nutrition; Child Protection & Child Rights Governance; and Livelihoods. They deliver programmes that have a lasting impact and contribute to upholding children’s rights. To maximize our effectiveness and long-term impact, they partner with communities, the government, likeminded organizations and the private sector. 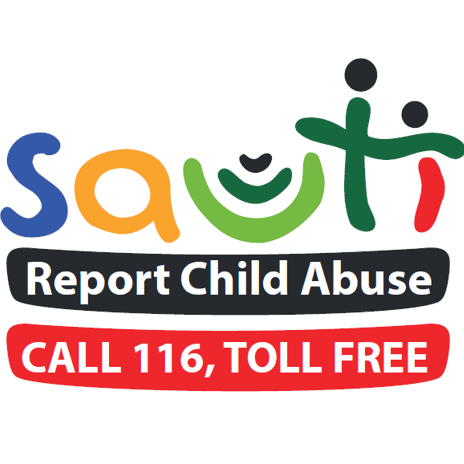 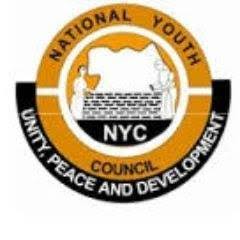 The National Youth Councils is a statutory body established by an Act of Parliament as an umbrella organization of all Youth in Uganda between the ages of 18-30 years and is mandated to organize, mobilize and engage Youth in development activities as well as protect them from any kind of manipulation.
The Council is the lead, National umbrella body charged with the organization, protection and unifying of the youth of this country to harness their potential through raising their national consciousness, creating awareness on their health, skills development and Labour productivity for sustainable and youth responsive development. 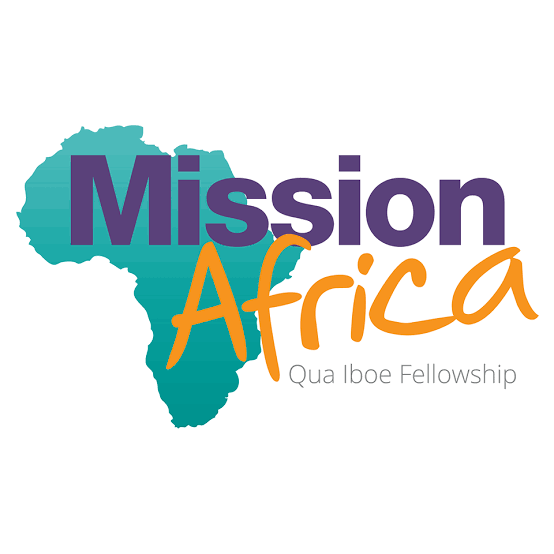 Samuel Bill, an independent missionary from Belfast, founded the mission in 1887. Since then Mission Africa has developed a rich legacy of pioneering missionary work in Africa. Because of this we are regarded as an experienced mission agency respected throughout the UK and Ireland.
Mission Africa has a strong vision for the future growth of the church in Africa. As a result, Mission Africa is committed to the strategic ministries of theological education and Christian literature which strengthen the church of today and build the church of tomorrow.
As new and changing needs develop in Africa, such as the spread of HIV/AIDS or the growing number of children living on the streets, Mission Africa seeks to respond in dynamic and innovative ways with a powerful demonstration of God’s compassion. 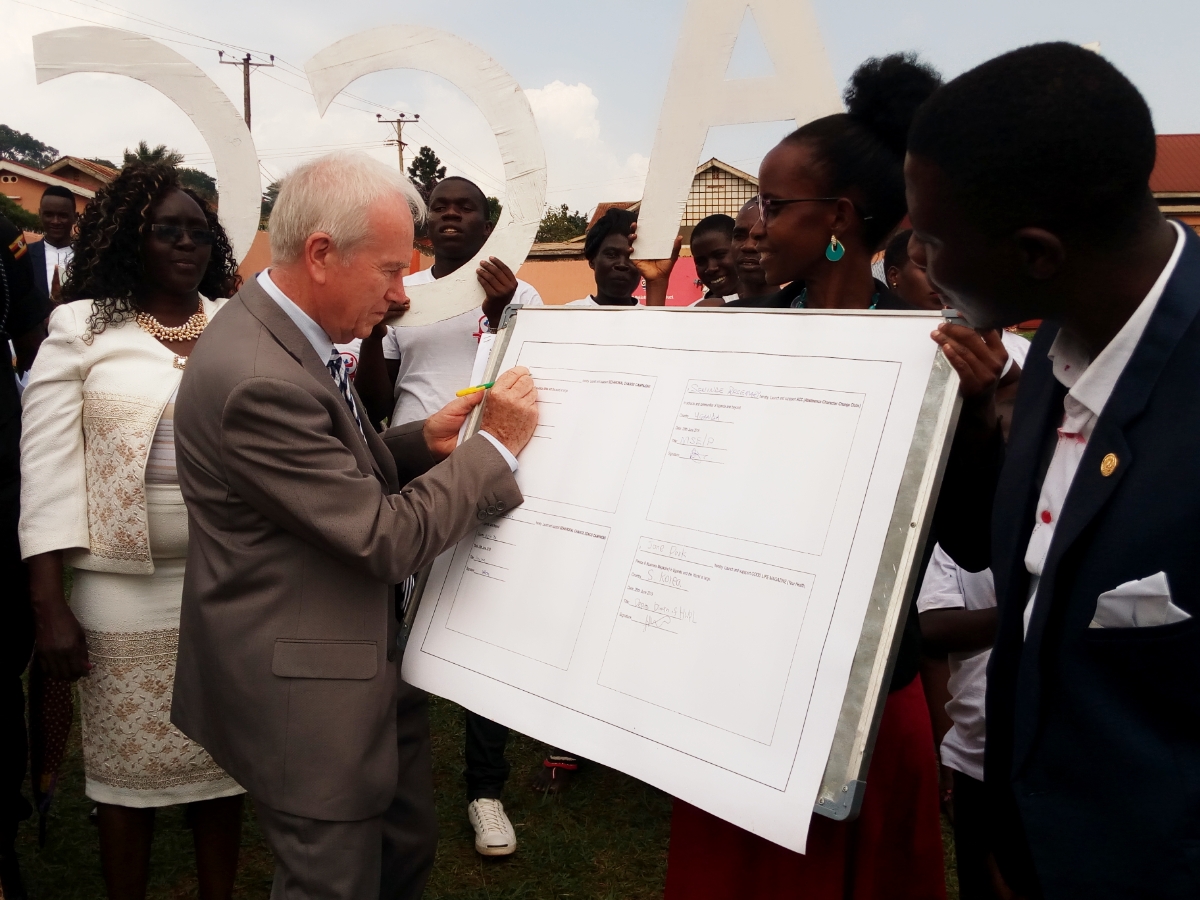 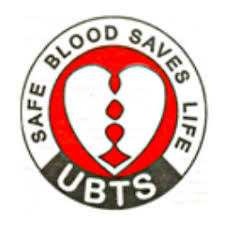 The Uganda Blood Transfusion Service (UBTS) is a semi-autonomous, centrally coordinated organization in the Ministry of Health sufficiently decentralized to render services to all regions of the country. The Headquarters at Nakasero Blood bank acts as a reference centre for the Regional Blood Banks and other public and private hospitals. 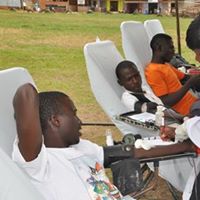 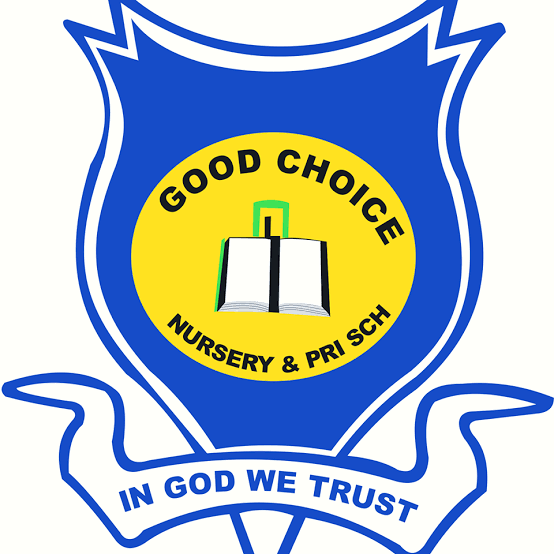 Good Choice Schools Started as a single primary and Nursery School that was officially opened in 1998. It has been in service for 21 years with a vision of producing God fearing Citizens that are well equipped with skills in a holistic manner. We are registered with Ministry of Education and Sports, Science and Technology.  The school has an enrollment of 800 students. The school offers a dual system of education in order to eradicate rampant Job Scarcity. The School is also registered with the Directorate of Industrial Training (DIC) to Certify the skills imparted in young learners. Good Choice College is a Christian founded School offering a dual system of education. It offers both Ordinary and Advanced level comprehensive learning with arts and sciences. It has an enrolment of 200 students. Our Vision is to produce God fearing students (Citizens) who are morally upright and skilled. the mission is to produce quality Education to all Ugandans and at minimum cost. 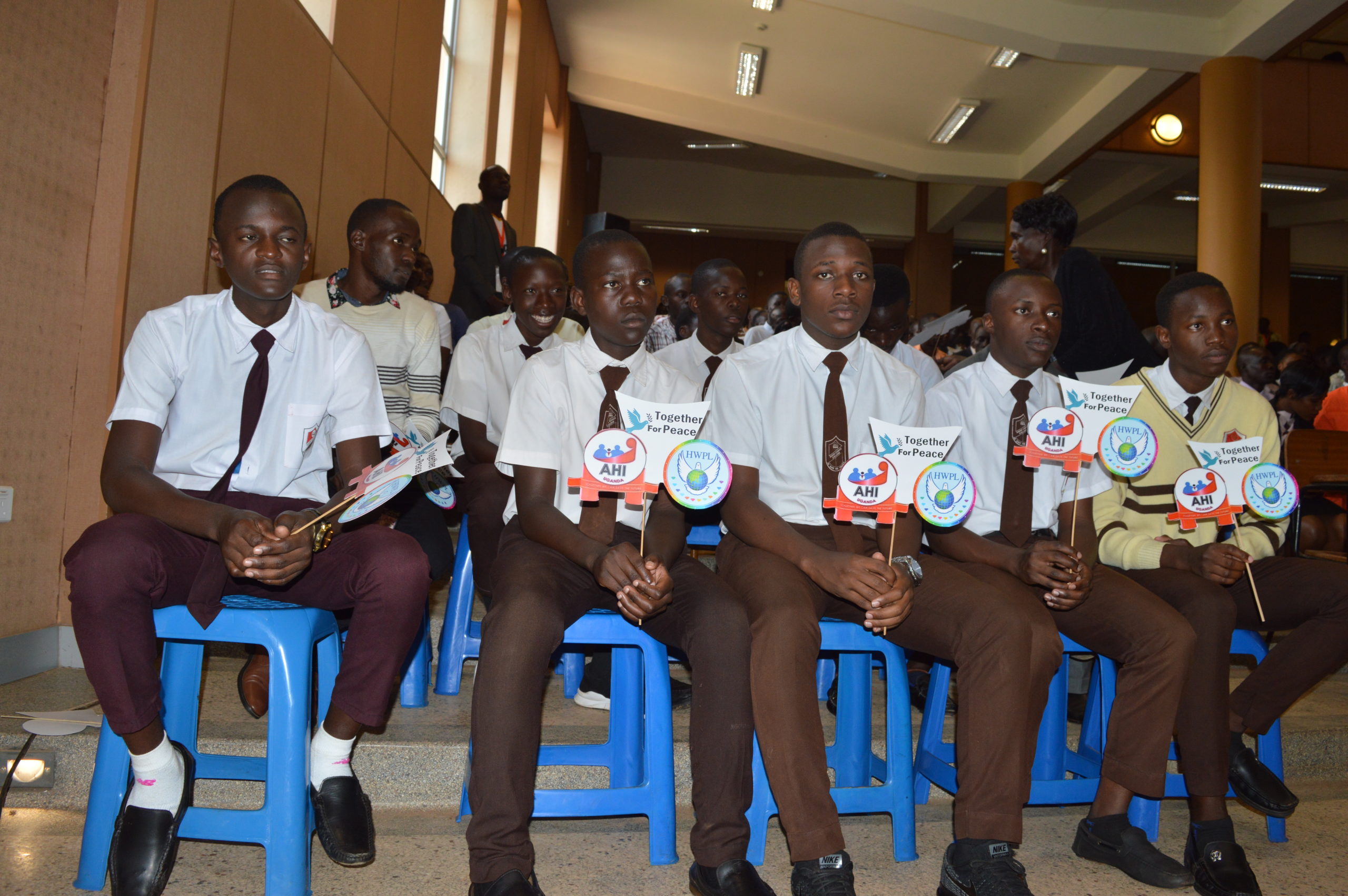