women during the pandemic 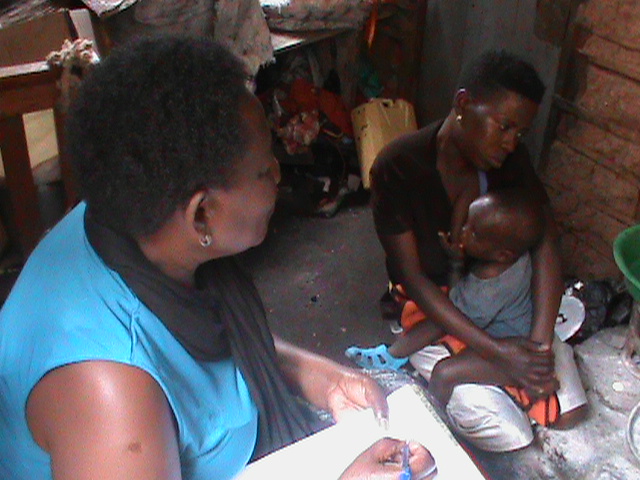 1. End of Teenage pregnancy during COVID-19 lock down.

3. Fighting Violence against Women and Children Campaigns on radio, Television and Social media.

4. Supporting people who are mostly affected by the COVID-19 lock down.

5. Skilling Women and Youths in the most vulnerable economic conditions.

To Have a World of People who are Healthy Peaceful and Productive. 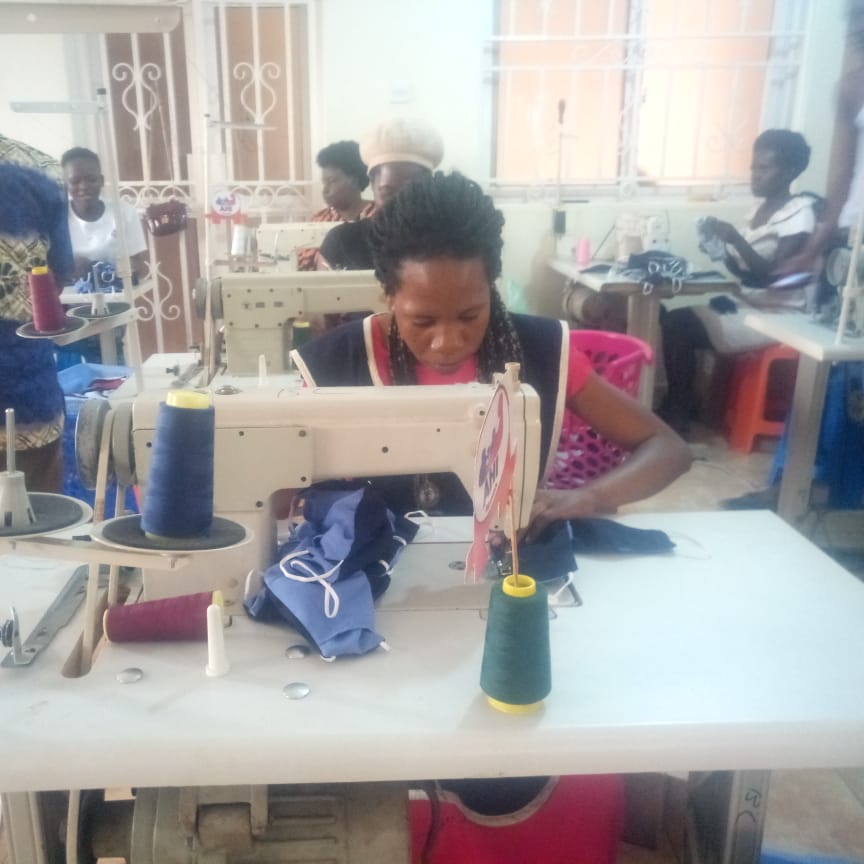 AHI-Uganda is a non denominational, non-political, NGO that started as a Community Based Organization in 2010,  which was registered on 13th September 2019, under the Non Governmental Organizations Act 2016, under the registration No: 3653. AHI-Uganda offers support to Women, Youths, Students and OVCs in terms of Behavior Change Campaigns, economic strengthening, food and nutrition security, Health, Water Sanitation and shelter, Education, psychosocial support/basic care, HIV/AIDS prevention and care, child protection and legal support. AHI-Uganda focuses on ABC+E=V3 (Abstinence Be-faithful Character Change plus Etiquette is equal to Virginity, Value and Vision), fighting gender based challenges  and capacity building through skills training, Community/School outreaches, media talk shows, conferences, introduction of ACC Clubs in schools and peace education. We mainly operate in schools, religious institutions, corporate institutions and local communities to offer our life saving services. Our goal is to enable girls and boys attain character change, reduce illiteracy, promote behavior change, good health and have a very productive generation of youths.

To achieve a World of Healthy, Peaceful and Productive people, we must Change Character, but to obtain this; negative mindsets and behavior must Change.”

Leave us a note and we will get back to you. 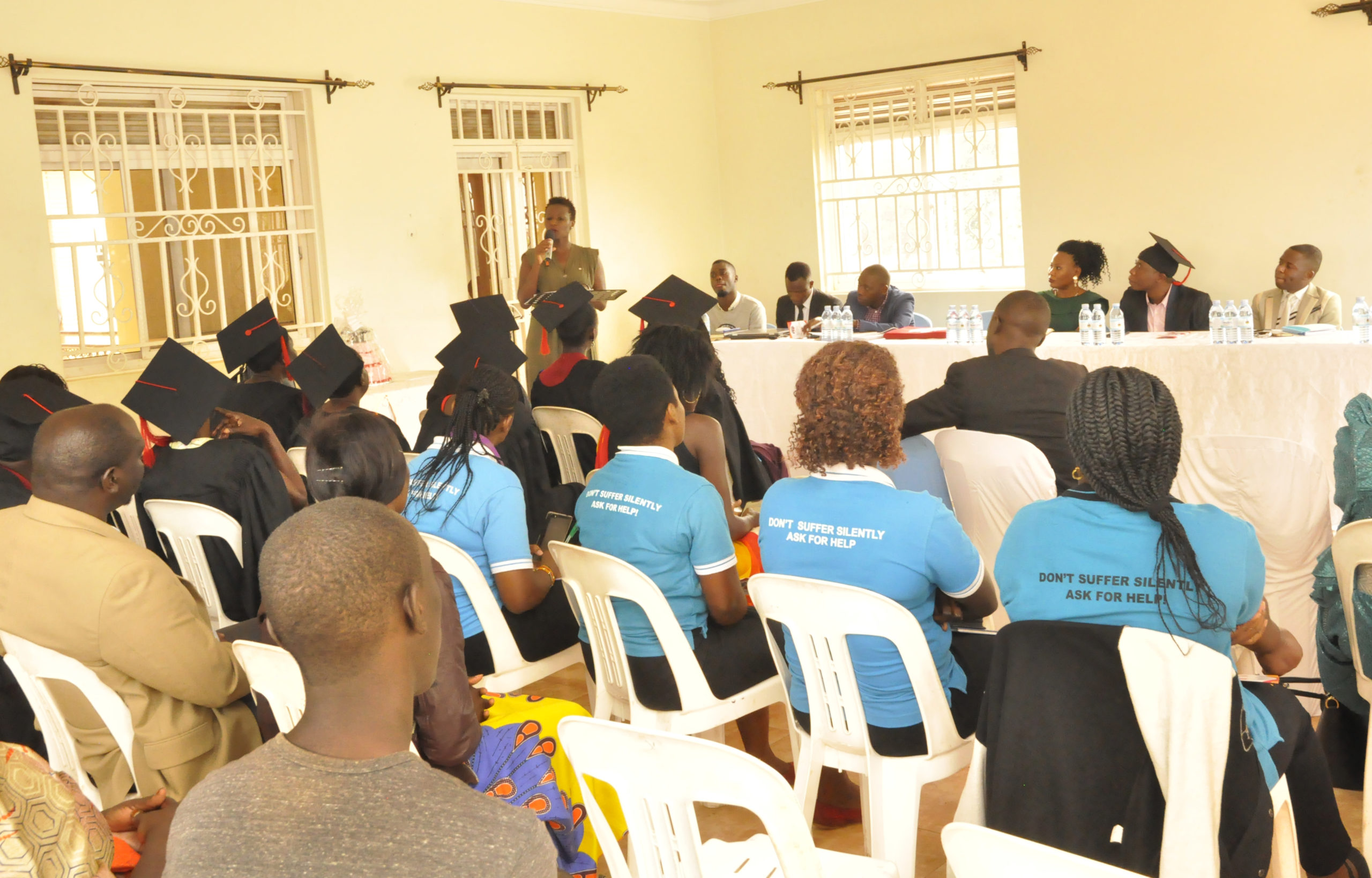 Together We Can Save The Future

In collaboration with Schools like Good Choice Schools, St. Mark Junior School, and members in the community, we offer bursaries for needy children. Our OVC  team, works with communities to identify OVCs for sponsorship in needy households. We also collaborate with kind sponsors within the Country and outside the Country, to support OVCs,  right from basic needs to scholastic  education needs.

We move in different schools preaching the Character Change gospel, because we believe that in order to transform our Corrupt World into a World of people who are Healthy, Peaceful and Productive. We should start with the young children and youths in schools. We have reached Schools like St. Henrys College Namugongo, Martin Luther King Secondary School, Kamuli Church of Uganda Primary, UMEA Primary School, Kireka CU Primary School, Good Choice Schools, St. Mark Junior School, Vienna College School, Kireka Army Primary School among many in most parts of the Country.

We partner with service providers to hold Health Drives, Moonlight HIV/AIDS sessions, Youths one on one interaction, teenage sessions, Care taker trainings in the community, school mentorship seminars among many. Aiming at building a self empowered person with high self esteem.

MY KEY TO SUCCESS BY MUTAAKA HENRY

Am Henry Mutaka, 24 years and I am HIV positive. My parents are HIV negative though unfortunately my Mum died on 21st September this year. Nobody has given me a clear account of how I got HIV but there is a common talk in my village in Kayunga District that my uncle, (my father’s twin brother” who intentionally infected me). It is said that when he learned of his HIV positive status, he never wanted to die alone. Surprisingly he was a father of two children but because I was born in the period of his strong misunderstandings with my mother, he decided to turn his spear towards a young baby of two years me.

My father worked in kampala and my mother was a fish trader, so they left me under the care of my uncle. I grew up with a scaly body and many in the community thought I was a leper. In a hard condition i went to school, tiled the land and went through life just like any other child until a woman vomited on me one day. She apologized but told me I was too ugly to live among people. It was my first time to take a keen look at myself in the mirror. I started becoming very lonely distant to everyone only did what was asked of me.

One time in 2007, my father asked me to deliver a bunch of matooke to a nearby village by bicycle. Before I reached my destination, I fell off the bicycle because I had felt a terrible pain in my stomach. I coughed very painfully and I was spitting blood. A passerby helped me get back home and threatened my father to report him if he doesn’t take me to the hospital. My father sent me to my Mum who was this time living in Kampala.  I was taken to Mulago hospital where I was tested for Tuberculosis (TB) and HIV. Both results came back positive though I couldn’t believe on the HIV result that I was cooled by my mother when she told me that some doctors do deceive and some machines they use give wrong results. I was admitted for 3 weeks and later after gaining my strength my mother sent me back to the village but with the TB medications. I resume to school but without the guidance of a parent. I sometimes did not take my drugs because of the too much desire for football. In 2008 I sat for my primary Leaving Examinations PLE, the condition health wise worsened due to misuse of medicines and I was wheeled in the exam room. This time Boil and swollen lymph nodes used to affect me that in every week I must go for a boil surgery. I can’t forget a word my brother spoke (son to the late uncle who injected me his blood), if Henry was an old man people  they would say a dog bit him, meaning attacked with HIV. Being a humble and an intelligent boy helped me get more friends who could stand before me no matter the condition.  In my primary vacation, they visited me with a lot of items, sugarcanes, jackfruits, mangoes, pineapples and watermelons. What is this surprise for? I asked. It’s your package to go with to Kampala for medical checkups. They answered me. They additionally contributed Uganda shillings 20000 for transport and upkeep. In that night I had to report the items to my father keeping the 20000/= as my secret. He finally in the morning gave me transport to visit my mother in Kampala.

I was taken back to Mulago hospital and was told I needed different type of TB treatment. I had my late Uncle who was already a client of Reach out Mbuya Parish HIV/AIDS Initiative. Many used to think is my biological father. He decided to look after me on a condition that I get my medications from the same place. This was easier for both of us as compared to Mulago. That is how I was introduced to reach Out Mbuya ROM. I knew that I had TB though HIV results on doubt but signs and symptoms could define my status. I had never received any counseling and guidance and all I understood was that I was being helped to die with dignity; I had no any hope not only in Education but even to seeing myself in a year to come.

The counselor I first met at ROM was so wonderful and very parental. She promised to send me back to school and have a desirable life if I take my medications as prescribed. I started my new TB treatment accompanied with 60 injections (one injection a day). I started having a better view of life knowing that I could live a normal life again. I was later tested again for HIV and the results came back positive. I wasn’t surprised because my late mother and some people had told me the real story. It was new life to start. However, before enrolled on ARVs, I was also tested for my CD4 account and it was found out that I had 00%, I had no any white blood cell but only occupied with a massive number of HIV, viruses. It was a challenging moment to both the family and the nurses, which type of ARV to give me, (this called for doctor’s attention of signing an agreement that no one to blame on the outcomes).  God made it possible and the ARVs matched with my blood. Despite of the challenges of stigma and discrimination I faced at home, in the community and at the school, I trusted God, I adhered well to my medication that I even completed the TB treatment including the 60 injections without missing a day. My perseverance on academics together with the grace of God, in 2014 I sat for my Uganda Advanced Certificate of Education where I managed to score 10 points out of 20 in the combination of History, Economics, Luganda, Sub Math and General paper.

In 2015, I went for a school of Journalism and Mass Communication at United Media Consultants and trainers UMCAT and in August 2017 I was among Diploma graduation list. At this time my CD4 account had reached over 1000 and as am talking I have viral load suppression (the virus is undetectable). After my Education I volunteered for Reach Out Mbuya under Public Relations and Communication for two and half years as a way of giving back and after a certain period of time I decided to look for new working environment to get new working skills and experiences. However to reach at such grateful success, it was God, I used to believe in myself, abstinence, hope, being patient and love for my medication has helped to have a positive life that I can stand here to testify that, “Now my status does not define me.”

In April 2019, by God’s grace I joined AHI Uganda (Abstinence Hope International Uganda) by a friend whom I used to see at ROM performing Edutertainment drama in Posttest Club. She found me stranded without a hope for a job. She brought me at Ahi-Uganda where I saw my dream of wiping someone’s tears would come to pass and its where update hopefully working as Publication Assistant. At Ahi Uganda I was also inspired by their mission of promoting ABC approach that can also be important in the HIV prevention especially to the young people. Every day I get strengthened, new hope in my life and I can see some light where am heading because of working with this new family. Even though my Mum passed on God knew me and prepared Ahi-Uganda in my life.

support us and change the course of a life today!